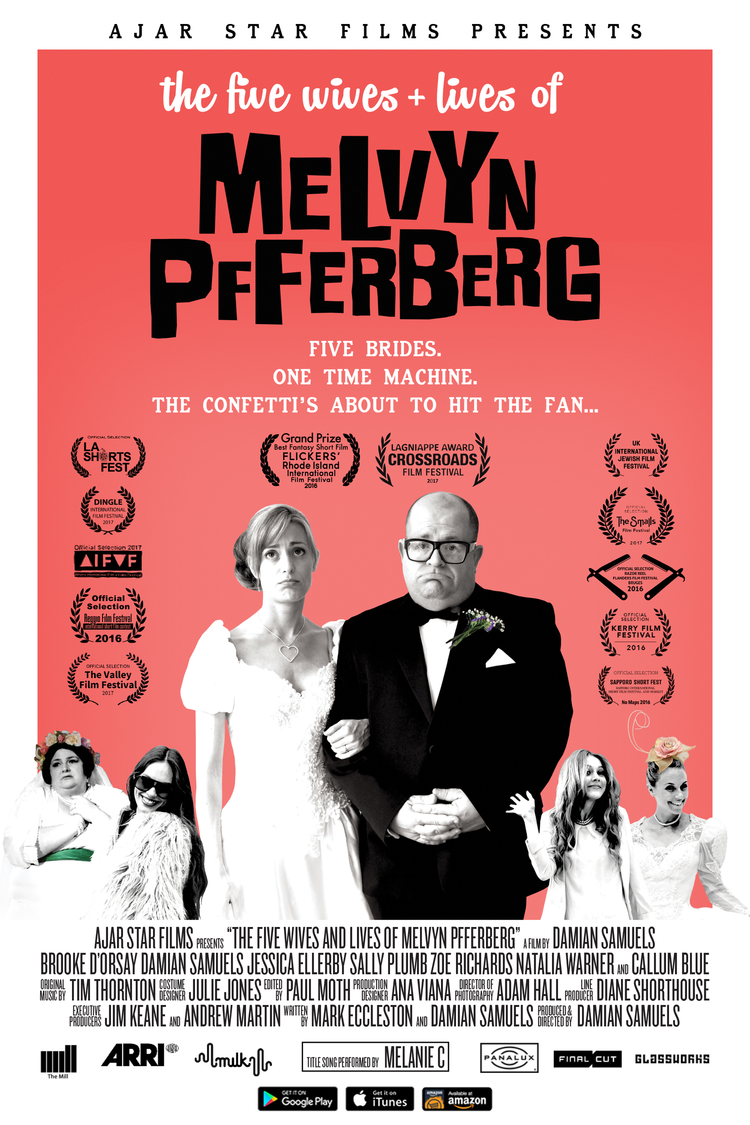 Welcome to the surreal and wonderful world of Melvyn Pfferberg, a laugh a minute stylish short film written and directed by and starring the fabulous Damian Samuels, with hair and make-up design by Vintage Hair Lounge.

The award winning comedy fantasy short The Five Wives & Lives of Melvyn Pfferberg is available to download globally on iTunes, Amazon and Google Play from 08 January 2018.

Aside from our esteemed Producer & Director, Damian Samuels (Sherlock, Doctor Who) the talented cast includes Brooke D’Orsay (Two & A Half Men, Royal Pains), Callum Blue (Smallville, The Tudors), and a cameo from Felix Buxton from Basement Jaxx amongst many others.

Damian has worked with the world’s finest post-production houses. VFX are by Academy Award winning The Mill and Milk; editing is by Final Cut and sound design is by Monty Python’s sound designer Andre Jacquemin.

Spice Girl (Sporty Spice) Melanie C, features at the end of the film singing the soundtrack composed by Tim Thornton from the band Fink who also wrote the score for the film.

“Dumped on his wedding day, Melvyn Pfferberg wonders how he can find true love. Then he sees a TV advert for a gadget that guarantees romantic success, the ‘Cupidatron’: a helmet allowing the wearer to see the future of themselves with anyone they shake hands with. So, over the course of a speed-dating night, Melvyn is presented with visions of a dozen potential relationships… for better or for worse. However, finding love, it seems, isn’t an exact science…”